Bloodstained Ritual of The Night is an action-adventure RPG developed by ArtPlay and published by 505 Games - it is the successor to the Castlevania series and is led by the producer of the Castlevania series, Koji Igarashi. The game is optimized for both single and multiplayer and was released for the PlayStation 4, Xbox One, Nintendo Switch, and Microsoft Windows in 2019.

Its gameplay follows the Metroidvania-style of the Castlevania series in a 2.5D style. The gameplay is focused on an exploration action-adventure tone but introduce a crafting mechanic, thus adding an RPG element to the game as well - this allows players to have the freedom to customize the protagonist's set of weapons, armor, accessories, and spells.

Players take control of Miriam, an orphan that has been tainted by an alchemist's curse that slowly corrupts and crystallizes her body, who ten years later is set on a mission to infiltrate Gebel's demon-infested castle to stop him from spreading chaos and to save humanity... And hopefully yourself.

Bloodstained: Ritual of The Night begins in the city of Arvantville in the year 1783 where the rise and colonization of various cities by demons have been defended by Alchemists by creating and sacrificing Shardbinders: humans that have been transplanted with crystals that attuned them to demonic power.

Ten years later, the demons have once again been summoned and inhabit a great castle, where Miriam also awakens. Upon learning that Gebel (a Shardbinder who has now lost his humanity) is the man behind releasing the chaos and awakening the demons, she decides to put an end to it by venturing in the Demon Castle to defeat Gebel, and to save all of humanity, and herself before the world is consumed.

Bloodstained: Ritual of The Night Gallery 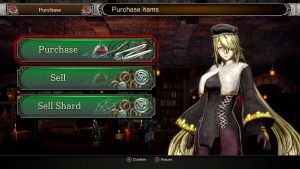 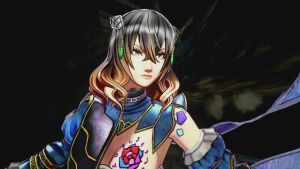 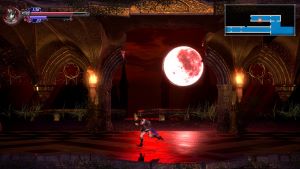 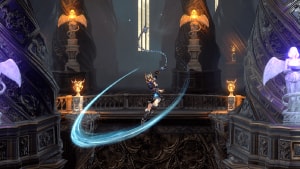 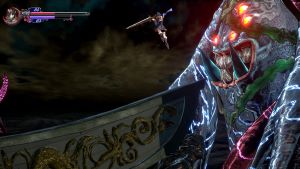